Visiting Paris in a Wheelchair – Getting around 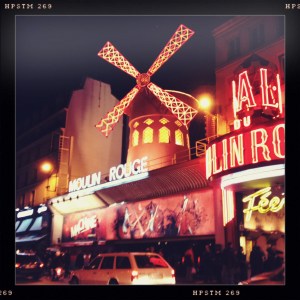 There’s really very little I could say against Paris, and it’s one of the cities I would happily visit again before crossing off other places on my list. I think I would also have to give it the award for the most accessible city I’ve visited. That isn’t to say that there weren’t still a few challenges along the way (mainly steps and hills) but for the most part the city is extremely accessible and the people are helpful but not to the point of patronising. This is my first blog about Paris, where I’ll specifically be covering getting around the city. To keep it a bit more digestible I’ll cover some of the places I visited in another entry.

One of the things that has the biggest impact on the accessibility of a city/country is how easy it is to get around it. Well let me tell you now that French buses are awesome. They run on time, regularly and the ramps work (no really!) We only tried to get on one bus where the ramp didn’t work, and before we had even realised about seven bus go-ers had lifted me up on to the bus. Job done. Let me also tell you that French buses are MENTAL. Unlike the UK where buses are mainly used by old people and people trying not to throw up into their clutch bag, the Paris buses are actually used by ….real people. This means that they’re ‘rush hour’ busy pretty much all the time, which will definitely make your friends envy your wheelchair for the comfort and personal space you get on the bus. Everyone else will hate you for taking up the space five others could occupy but whatever!

Tip: You can get a bus map and accessibility map in the downstairs of the Gare du Nord, which is where the Eurostar comes in. It’s actually one of the less daunting bus systems I’ve seen but you’ll still definitely need a map!

There’s a rule on French buses that wheelchair users have priority over pushchairs, even if there’s so little room left on the bus that the mother and child get kicked off the bus. I presume the argument that ensued probably raised the point that if every other mother on the bus folded up their buggy then everyone could have fitted on but as I speak very limited French they may have actually just been talking about croissants. When another wheelchair user got on at the next stop we had to play wheelchair/buggy Tetris again and when a young man tried to get on at the middle doors he was screamed at by a wall of French mothers and pushed off the bus as they cackled and told him to get on the next one. (Note to self: don’t mess with bus mothers.)

As every jolt in the road got me and the other wheelchair user closer to making wheelchair babies (I’m sure the space is only designed for one wheelchair but then I think there were probably a few capacity laws being broken at that point anyway) I got some extremely helpful accessible Paris tips from the man which saved us a mammoth walk up a hill by going a stop further than we needed.

Actually I think that was the second bus we goton after the Eurostar, the first one was both hilarious and slightly traumatic all at once! As I had got on the middle doors of the bus and my three friends with massive suitcases had got on at the front, we were separated from each other on the packed bus. A (possibly drunk) couple then decided to have a full-blown domestic on the bus right by the middle doors. It started off as yelling, progressed to not entirely convincing sobbing (from him) and concluded with what could only be described as ‘slapsies’ between the pair of them, which ended up in my lap!

Other than those two eventful bus rides I can only report good things about the buses. The up coming stops are announced and scroll in the bus so you can figure out where you are and wheelchair users ride for free (or at least I hope they do!) On our last bus ride of the trip my friends helped me up on to the bus (sometimes the ramps can be quite steep) then went to the front to pay, where on answering that they were with me were told by the bus driver ‘then you are my guests.’ He then proceeded to cheerily sing and whistle for the entire 40-minute journey. Lovely.

A few of the stops/lines on the two underground systems are accessible, but as the buses where so good and went to all the places we wanted to go (whereas the accessible underground stations we dotted about fairly randomly) we never actually gave them a trial. 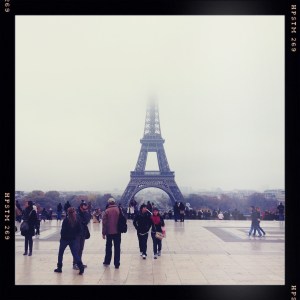 Most of Paris is very easy to get around, the pavements are level and the drop kerbs are perfect. At one point I did have to wheel down a bus lane, towards the traffic, at night (good plan) due to pavement work and no temporary ramp installed to the sectioned off bit of road but that was the only stupid thing I encountered. Some parts of the city such as Montmartre are very hilly and quite a challenge to navigate around. The buildings are also very old so getting in and out of shops/cafes is more difficult here than anywhere else. However it is absolutely worth the arm ache to visit this part of Paris as it’s beautiful and full of character.

Tip: Wheelchair users can skip the queue and ride the vernacular for free up the hill from Montmartre to the Sacre Cour. I’m not going to say it was enjoyable being crammed in a tiny glass box with about 500 other tourists but it was quick and easy.

For those of you that regularly fly with a wheelchair, you’ll know it would be like an able bodied person playing Russian roulette with a shotgun to their foot. You hand your chair over to them at one end, and at the other end it gets handed back to you looking like they shoved it in the engine of the plane. When you complain that they ruined the thing you rely on to get around they write back to you and explain that a) it’s not their fault and b) they wouldn’t pay more than £150 even if it was. Thanks Easyjet but you can add on an extra ‘0’ and double that figure!

Tip: If you’re travelling by plane take out insurance that covers your wheelchair also make sure you do a complete and thorough check of every part of your wheelchair when you get it back (I didn’t notice my wheel was bent until I’d left the airport) and make someone sign for any damage you find. You may want to take some pictures of your wheelchair before you fly as proof that yes it did actually have two wheels when you handed it to them. The airline probably won’t cover the damage but they’ll at least cover the excess on your insurance. 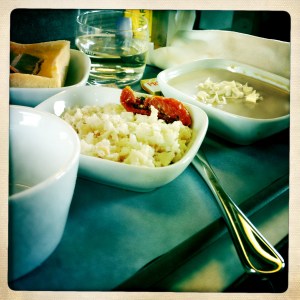 Anyway, you don’t have to worry about any of these shenanigans if you go to Paris on the Eurostar. Not only does your carer go free but you both get an upgrade to first class where you get served food and wine. Winner. First class on Eurostar isn’t really like first class on a plane, however the hostess will still think you’re a little odd if you spread your butter and jam on your croissant and eat it like an iced bun. The only downsides are even if you’re sitting in a totally empty carriage the rest of your group won’t be allowed to join you for the journey and you won’t be able to get down to them. There are also only a limited number of wheelchair slots so sometimes you can’t get on the train you want. We had no problems with the Paris trains but were unable to go to Disneyland because a wheelie had already got the train for the day booked. If you can walk unaided for short distances you can transfer into a seat but you won’t get the upgrade or the free carers ticket and at that point I’m not sure where your wheelchair will be taken.

So there’s my post about mobilising around Paris. At some point I’ll cover the specifics of where I went and all the cheese I ate.

Accessibility rating: 8/10 – Paris is one of the most accessible cities I’ve visited to date. The buses are great and the city is easy to get around with the exception of a few hilly areas.