Budapest in a wheelchair day 1 – parliament and house of terror 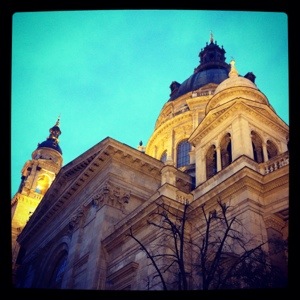 Day 1 in Budapest has got off to a pretty cracking start. We arrived (an hour late) at the airport and our lovely taxi driver was waiting to take us to our apartment. Although we had been told to go to the office one of the members of staff met us outside our apartment (with his insanely pretty dog) to let us in and also spend 20 minutes telling us all the best places to go. You never quite know how nice apartment/hotel is actually going to be until you get there – when you find out the photograph you judged the hotel on was taken before the major sewage pipe burst the year before. Well, I’m pleased to say there we no nasty surprises here, only the most incredible studio flat you’ve ever seen with a small but extremely well equipped kitchen and an amazing view of Szent Istvan’s Bazilika (that’s a massive cathedral to you and I) which also helps in locating the flat like a homing pigeon. 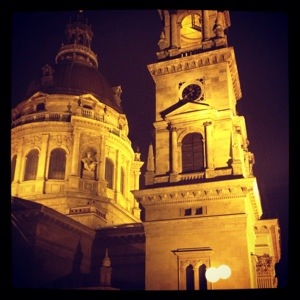 The flat was listed online as being ‘wheelchair accessible’ online but I checked before hand and this meant a lift but no handrails/accessible bathrooms etc. The staff were extremely helpful when I emailed them to check and suggested I might prefer another one of their apartments which was bigger so easier to move around in. However that flat had a shower over a bath which is like fall over and dislocate a limb shower roulette so I decided this flat would be better. I’m definitely not disappointed in the choice, especially considering this place cost the equivalent of €13 a night each!

So our plans for day 1 were to walk to parliament, get the hop on hop of bus tour to get our bearings then go to the house of terror. This plan was foiled slightly by missing the 10am English tour around Parliament (I would be late for the end of the world) so we went for coffee and waited for the 12pm tour. And then it rained. I forget that rain outside of England is actually wet, in the UK it only really drizzles or mizzles or pizzles or something. I also forgot about how wet you get when it rains properly and you’re in a wheelchair, I was so concerned about keeping warm in the cold I totally forgot to safeguard against the large expanses of thigh surface area that face towards the sky. Lessons learnt: cold, soaking wet thermals bunched around your knees is not comfortable and ponchos may be the lamest thing since one direction and immediately identify you as a tourist but you can be sure I’ll be putting one round my legs tomorrow! 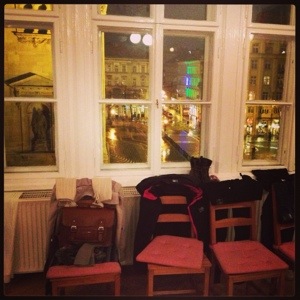 When we arrived for our tour at the Parliament there seemed to be some issues finding the person to let us in the accessible door so we were made to sit outside in the rain for about 20 minutes whilst the rest of the tour group went through security and started the tour. Online and in my guide book I had been told that EU citizens got the tour for free but that wasn’t the case and as I was told there wouldn’t be room for me in the ticket office by a woman who looked like her only goal in life was to see how much blue eyeshadow she could apply to her face and scowl I’m not sure we got a disability discount either. The tickets cost us £15 for 3 of us, which would have been ok because the inside of the parliament was incredible and the tour incredibly interesting and led by a very good tour guide but we missed the first 20 minutes and were whisked away what felt like midway through the tour and told it was the end and we had to go back in the lift. Maybe it was the end but the tour guide had said she would meet us all in the hallway so it didn’t really feel like it was! I couldn’t find anywhere to reserve the tickets online in English but maybe if you could you would avoid all these problems. 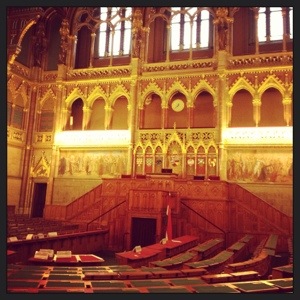 Upon discovering the hop on hop of bus only runs 10-3 in the winter and the House of Terror, which was one of the number 1 things on our list closes at 6 we decided to jump on a trolley bus (a bus powered by overhead electricity cables) and go straight to the HOT. The trolley bus was completely accessible with a (really friendly) driver operated pull down ramp. He even let us ride for free which I’m not sure is policy but we did try to pay him! He seemed to appreciate my attempt at ‘thank you’ in Hungarian though so we’ll call that fair payment!

The House of Terror was absolutely incredible, although it did take a really long time to get around it told the whole story of Soviet occupied Hungary through to the last troop leaving in 1991! The first half of the museum we read the (long but extremely well written) printed information in the rooms and Katy, who works for Britain’s largest Holocaust library the Wiener Library gave top up information as we went around. It’s always great to go to museums with people who are super enthusiastic about the subject and can impart extra knowledge to you. When we got the second floor we managed to get luffed up with a tour group but it was so interesting we decided to stay with them (we later discovered we should have paid £15 each for this tour, but it’s not like you could miss I wasn’t there at the start of the tour and she didn’t seem to mind.) I knew very little about the Soviet Union and its such a massive part of Hungarian history I’m so glad we did it early on in the trip to put everything in to context. The whole museum had absolutely fantastic accessibility and only charged one of us (the discounted 16-25 rate) of 1000HUF (£3) to get in! 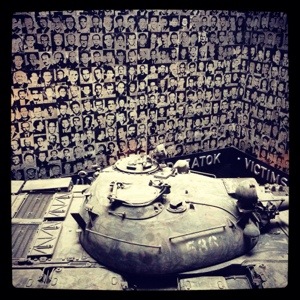 After this we rode a tram in the wrong direction until an Australian lady who probably lived in the city told us which way to go. Although some of the trams aren’t accessible, with 3 big steps and a pole in the middle to get on, a lot of them are brilliant. Although most of the entrances had only small gap and step (TFL take note!) there was also a specific disabled entrance marked on the floor where the door of the tram had an extra rubber lip to remove the gap. We couldn’t find anywhere go pay on the tram so we joyrode it for one stop!

The pavements are also pretty good here, maybe not as good as London but still pretty manageable. I’ve needed help up quite a few of them but I don’t have my power assisted chair with me and I have the upper body strength of a slug on salt.

I’ll hold off giving Budapest a rating until the end of the week but at the end of a pretty soggy day I’m pleased to say it’s so far so good. 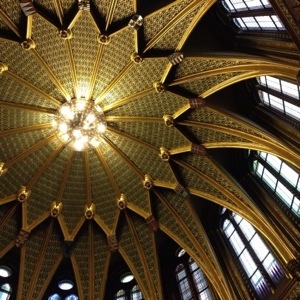