A woman sobbed at me on the dancefloor and I ate a locust.

Published by Hotwheels on 6th October 2015 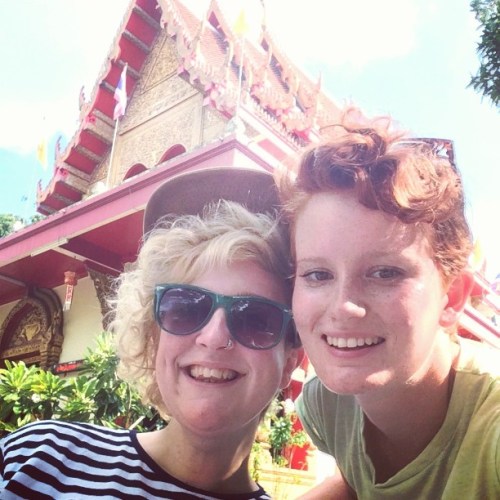 We’re now in Northern Thailand in the little city of Chiang Mai. Instantly I felt like I was going to enjoy this place more, the grey skies of Bangkok have been replaced with sun beating down. Chiang Mai is quite a small city so navigating around the place takes so much less effor than in Bangkok, plus most of the shops have level access in to them too so the whole place is significantly more accessible. It does require wheeling in the traffic for the most part but the mopeds and cars are good at avoiding each other here so I figure I’m only like another moped! We’ve visted a few of the temples and were lucky enough to arrive on the day of the Sunday night market which takes over most of the town and sells the usual array of tourist crap and a selection of nicer handmade and artisan things. Went and bought myself a second variety of wafty trouser and am genuinely considering them become my main item of clothing forever more. We did get caught in an absolute downpour on the way back but it’s the only rain we’ve seen whilst here. It was the most chilled out market I’ve ever been to and that pretty much sums up the whole vibe of Chiang Mai. 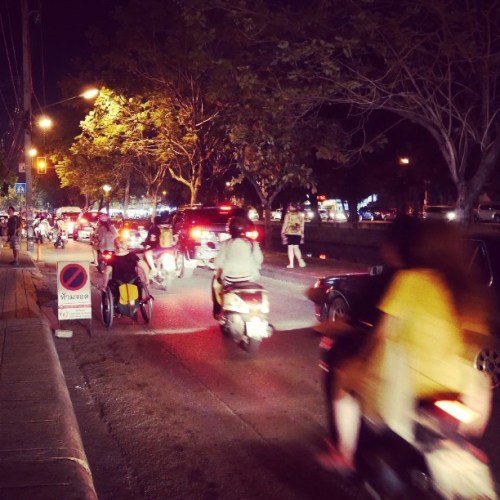 Last night, after doing some frustrating wheelchair repairs we headed out to a bar and then club with some of the people from our hostel. It’s safe to say that being a wheelchair on the dancefloor in Thailand makes you a bit of a novelty. Lots of women came over to dance with me (I don’t even remember seeing men?!) and then at the end a woman I had been dancing with for 20 minutes started sobbing. Full blown weeping. Why? Because it was ‘so sad’ that I’m in a wheelchair. It was hugely insulting but also absolutely hilarious. In the end I palmed her off on Steph because I didn’t know what to say beyond ‘I’m happy, don’t worry!’. Upon stumbling back in to the room I found Steph semi naked and absolutely fasto lying diagonally across the bed with a half eaten cheese sandwich on the floor next to the bed. I did the only logical thing and ate that floor sandwich up. Upon waking we found several more slices of bed strewn about the room and another slice of cheese in the bed. Today we have done absolutely nothing as Steph has only just surfaced from her bed at 5pm, my hangover free ability is still working out pretty well for me. 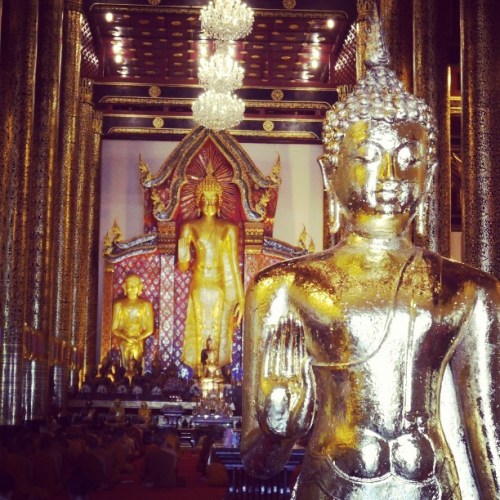 I’ve also now managed to eat a box of chicken pad thai and a locust. I figured there’s not much difference between a locust and a prawn, morally. It wasn’t really gross but just tasted like a cross between a very greasy chip and a friend shreddie. Yum. I’ve also been eating a lot of tom kha which is almost definitely made with chicken stock so it’s safe to say the vegetarianism is going well. 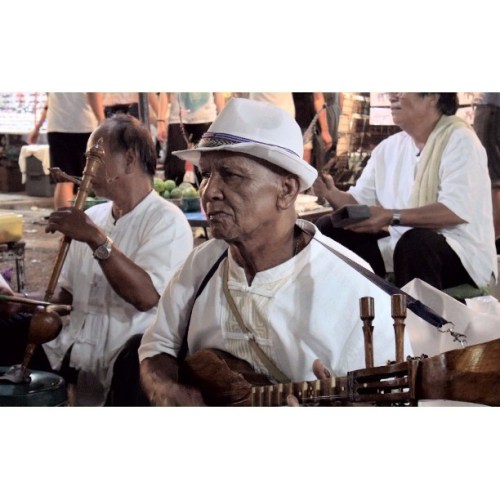